Crew bid to get back on track vs. NYCFC 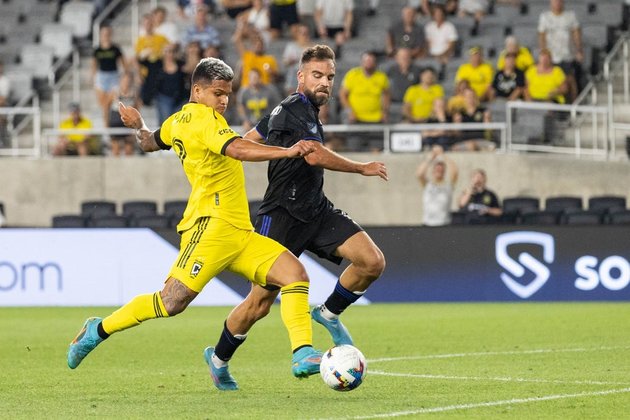 It's best not to mess with Mother Nature.

The Columbus Crew had a nine-match MLS unbeaten streak (4-0-5) snapped Wednesday in a 2-1 loss to visiting CF Montreal. They allowed the tying goal in the 88th minute and the winner in second-half stoppage time after a pronounced weather delay midway through the second half.

"I think it's a cruel result," Crew coach Caleb Porter said. "It's as cruel as I've been a part of, if you factor in everything that happened in the order that it happened."

It was the first loss for the Crew since May 21 against league-leading Los Angeles FC.

"No excuse whatsoever," Crew defender Jonathan Mensah said. "We didn't defend well during the end of the game and we got punished. ... We wanted to finish the game right away, but due to the weather they stopped us, and I believe that affected us. This is the fourth or fifth time this season. It's tough. But credit to Montreal. We just go back and go again Saturday."

New York has just one victory in 10 visits to Columbus (1-6-3), including playoffs, although it posted a 2-0 victory May 14 at Yankee Stadium on goals by Talles Magno Bacelar Martins and Taty Castellanos.

Castellanos is gone, having been loaned to Girona FC of La Liga last week despite recording 13 goals.

New York is coming off a scoreless draw last Saturday against Montreal, which snapped its four-game winning streak. Still, NYCFC is riding a seven-match unbeaten run (4-0-3).

"We know that the game is going to be difficult," New York interim coach Nick Cushing said. "We know when you go away to Columbus Crew it's a really difficult game, but we're also a good team. ... I think before (Wednesday), the game was set up for two teams that are really in form."