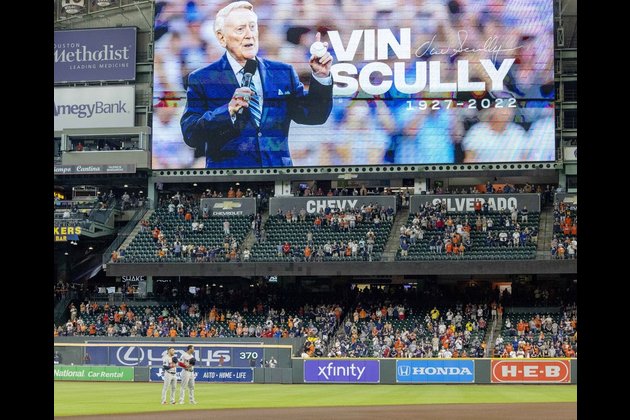 The Los Angeles Dodgers will honor longtime broadcaster Vin Scully with a commemorative patch on their uniforms for the remainder of the season.

Scully was the longest-tenured broadcaster with a single team in sports history, spending 67 years in the booth as the voice of the Dodgers in both Brooklyn and Los Angeles. He died on Tuesday at the age of 94.

The black patch has a blue border with a microphone at the center and the word "Vin" inscribed above it in white text.

The Dodgers are in the midst of an eight-game road trip, but there will be a pregame ceremony honoring Scully on Friday night when they return home to host the San Diego Padres.