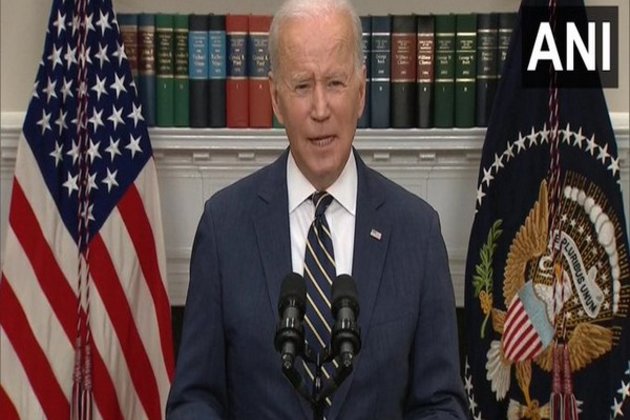 Washington [US], July 5 (ANI): US President Joe Biden can lift the tariff on some Chinese imports in an effort to slow down the soaring rates of inflation.

The Biden administration is wrapping up a mandatory review of tariffs on Chinese imports, which were earlier imposed by former President Donald Trump, The New York Post reported.

American businesses and labour unions that have favoured keeping the tariffs in place will have to give their comment by Tuesday before the administration announces a final decision on this.

Biden has repeatedly postponed plans to cut tariffs due to policy disagreements among his own senior aides and Cabinet secretaries, The New York Post reported citing the Wall Street Journal.

Treasury Secretary Janet Yellen and Commerce Secretary Gina Raimondo are reportedly in favour of reducing tariffs because they view them as ineffectual in addressing alleged trade practices by Beijing.

While the US Trade Representative Katherine Tai and national security adviser Jake Sullivan were in favour of keeping the tariffs in place as a tool to exercise leverage over China.

Biden hopes that lifting tariffs will reduce the cost of consumer goods that have risen sharply in the last year due to record levels of inflation, reported The New York Post.

In May, the consumer price index remained at a sky-high clip of 8.6 per cent, the highest since 1981, thanks to skyrocketing oil prices as well as the rising cost of food, rent and health care.

The 8.6 per cent year-over-year figure is higher than the 8.3 per cent that was predicted by analysts and exceeded the 8.3 per cent posted in April when it dipped from 8.5 per cent in March, according to the New York Post.

The Personal Consumption Expenditures price index, the Fed's preferred gauge for inflation, rose 6.3 per cent in May, according to Commerce Department data released on Thursday.

The reading showed that inflation is a persistent threat to the economy. The economists doubt that lifting tariffs will have a considerable effect on inflation.

Meanwhile, China has demanded that Washington must ease tariffs on its imports.

"With inflation rates running high across the globe, the US needs to lift all the additional tariffs imposed on China, as this will serve the interests of businesses and consumers and benefit both countries and the world at large," Chinese Foreign Ministry spokesman Wang Wenbin told reporters on June 15. (ANI)